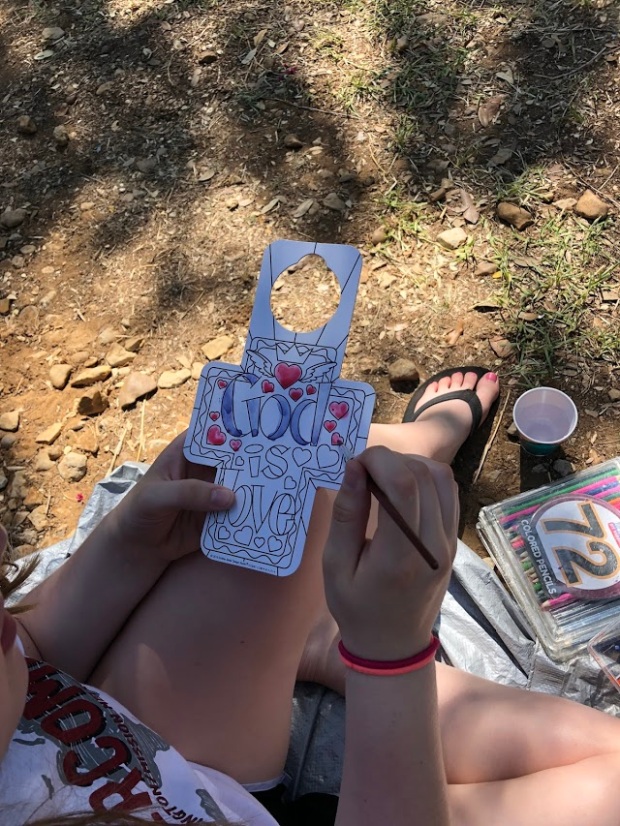 As told by Reese Alton

Today the work crew started off by responding to a need of a tent setup. As we arrived, the tent was much larger than any of us imagined. We began by setting up giant poles and staking them into the ground. This was an on going process for about 2 hours as we had to meet the cities strict safety protocols. During the afternoon, we had the job to pick up furniture from a retirement home and a house in Fort Worth. At the retirement home, we were scheduled to pick up a few cabinets and nightstands. As Mr. Alton got in the building, an elderly man was waiting by the door. He overheard Mr. Alton talking to the attendant about picking up some furniture. He immediately offered to donate a couch to the cause. It was amazing to see God work through the actions of a generous senior adult who was just overhearing the conversation. The last house we went to pick up furniture was a mess. There was garbage everywhere although the stuff being donated was great. You could tell this lady was having some struggles she wanted to talk about. She began to tell Kat and Elise about her husband’s recent passing and her struggles. Kat and Elise prayed with her for a few minutes and gave her words of encouragement to help strengthen her. This was how the work crew spent our Thursday. I can’t wait for one last day to finish strong!